Recruitment bosses planning ahead to avoid a slow start to 2014 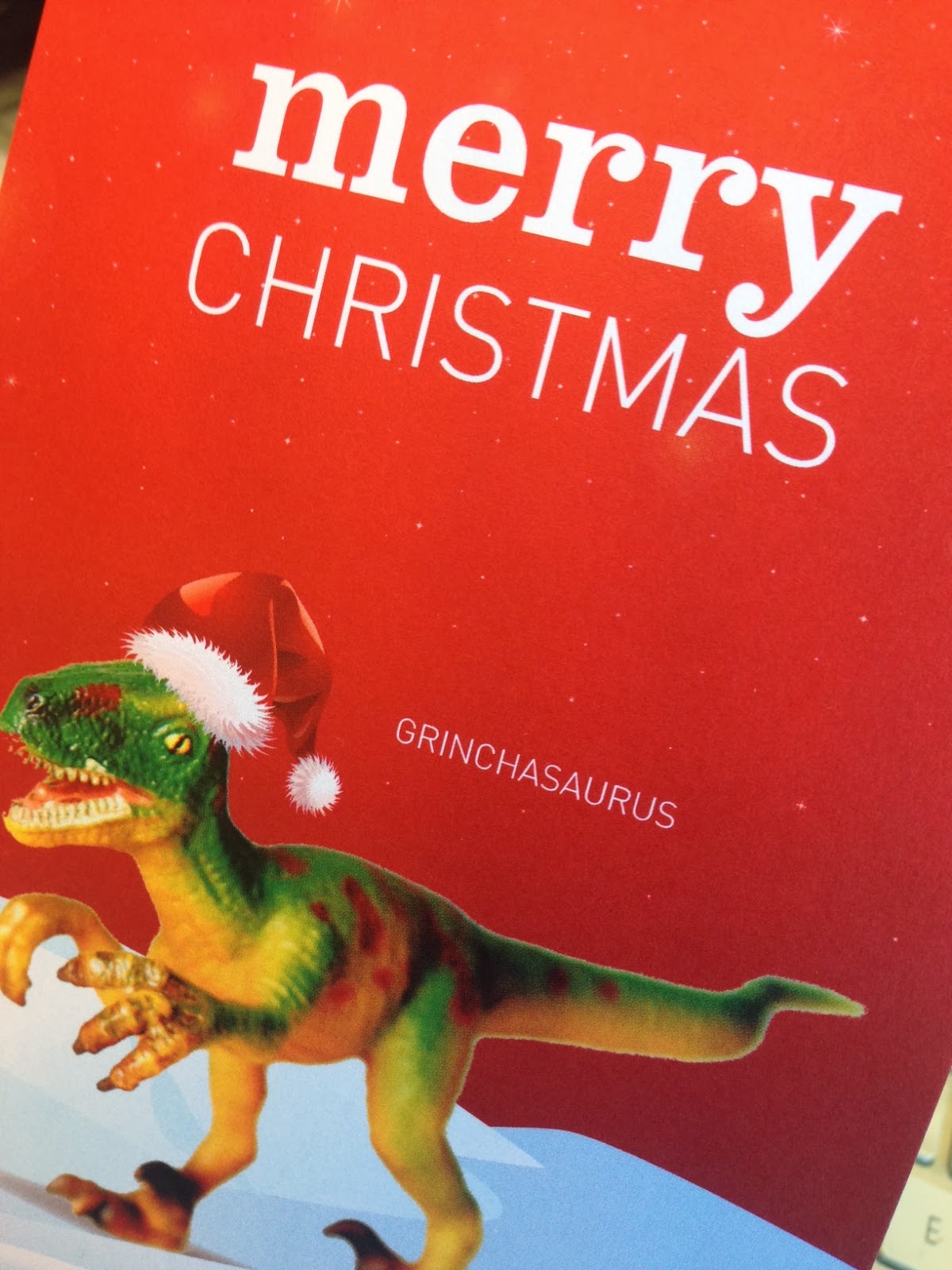 This article could have been written for our Area Leaders! Several good points from your industry peers.

Productivity can falter when consultants return to the office after a leisurely summer break, and the crucial time for preventing this "slowdown effect" is in the months and weeks before the Christmas shutdown, say recruitment agency bosses.
Aquent managing director Simon Lusty said pipeline activity is a key focus for the company's consultants in the lead-up to Christmas.
"Fighting the slowdown effect can be challenging when, fundamentally, talent is not applying, and clients are often already into holiday mode," – they are therefore not inclined to be thinking or talking about new hires, he told Shortlist.
But any manager that allows a team to wrap up the year, however strong it may have been, without activity planned in the diary for the first week back, "has failed in my mind", he said.
"People come back from leave, they take another week or two to wind up, and January, which is historically slow anyway in this part of the world, is completely lost."
He said Aquent plans its pre-Christmas strategy a year in advance, and starts putting it into place from August onwards.
The core of that strategy is developing initiatives and talking points to help recruiters keep conversations going with clients "right up until the last day before Christmas", Lusty said.
The team also strives to lock in interviews and meetings for when they get back, confirm placement start dates in January, and prepare to invoice on those dates.
"I also work with people a lot on making sure they have their January mail [ready], from a billing standpoint, before they go on Christmas leave. Otherwise it has a critical impact on their entire quarter's billing."
Roster planning an opportunity to speak to clients
Healthcare Australia CEO Jason Cartwright said healthcare recruitment doesn't have the same kind of summer shutdown as other sectors, as people continue to get sick.
"Having said that, in our business [before the break] there is a drive to get all of our candidates' availability over the Christmas and summer period – so we are [determining] the rostering of the hospital wards currently."
The team also collects information from managers on hiring plans over the next few months, "and then you've got a plan of action when you get back", Cartwright said.
Permanent doctors tend to take holidays at this time, creating a spike in demand for locums, while demand for nurses and allied health staff "rolls on as normal", he said.
HCA recruiters continue to operate in business-as-usual mode, while also undertaking the large-scale campaign to gather availability and hiring forecasts.
"It sanity-checks the tactical plans they've written up because they have to validate those plans by talking to the clients and the temp workers."
Draw a line in the sand between the old and new year
Norwest Recruitment managing director Erica Westbury said one of the best ways to ensure recruiters start 2014 on the front foot is just to ensure they take a break in the first place.
"When they've achieved their targets, or worked towards targets that finish in December, I find it's really important they have that time off... and [they] can then come back refreshed in January," she told Shortlist.
"Unless you have that line in the sand of December [and] a new beginning in January it sort of feels like it's just another day. It is very difficult to start the year totally motivated."
Norwest ensures recruiters have pre-booked client meetings to return to, but finds January is a better time to focus on the candidate side of their business, she said.
"We are always inundated with candidates [in January] and this is the time of year that we can meet with new candidates and start the relationships for the next couple of months with them," said Westbury.
Phone calls create warm leads for January
Australia Wide Personnel managing director Stephen Noble said his company's consultants were on the phone last week booking time with clients in January.
All consultants had to report back to Noble by Friday with a detailed list of clients they had spoken to, and a list of potential roles in the New Year.
"And that is with a view to perhaps even starting on some of those [roles] before the break, or at least getting a good understanding of what the client's recruitment requirements will look like at the start of the year."
He said for the last few years, AWP has sent out a mass email in mid-November, reminding managers that if they want new hires to start in early January, "you need to speak to us now about that".
This campaign gets "mixed results, but it certainly does get some results", and because it goes out to the entire customer base, it's an opportunity to get in touch not just with active hiring managers, but revive conversations with clients that have made few hires recently, or been dormant.
Business development "heartbreaking" in January
Naviro director Daniel Fuller said it's important to get as much work underway before Christmas as possible.
"You'll always find people that are back at work early and what have you, but going out and doing new business development in January can be a bit heartbreaking. There's a lot of voicemails and left messages and unreturned emails," he said.
At Naviro, which placed 69th on this year's BRW Fast 100 list with revenue growth of 51%, consultants are encouraged in early December to categorise clients in two ways: those looking to hire pre-Christmas, and those who want to put jobs off until they return from their break.


"It's a case of getting as much on the go as possible before Christmas, having a lot of conversations with your clients at the beginning of December, and then separating out the business between what we recruit for now in the lead-up to Christmas, and then what we put on hold and we have to work on when we come back," he said.
Posted by Unknown at 1:18 PM No comments:


Our growth as an organization from an entrepreneurial start up into a global corporate force continues to evolve. No one is more culpable than the entrepreneurial founder, yours’ truly, in creating the problem in the first place - although I prefer to describe myself as a reformed entrepreneur these days.

“Like attracts like”, and many of the first followers and a high percentage of the key staff have been fairly entrepreneurial also.

Preserving this talent, whilst also evolving the business into a disciplined growth machine, with unwavering focus and steady execution is an ongoing challenge.

Some recent reading on the topic has left me with a number of key themes:

From “Execution – Create the vision. Implement the plan. Get the job done.” ~ Tom Gorman 207

·      Success comes from executing the right plans, not the planning process its self.
·      Manage your time well, because it is your most limited and precious resource.
·      Every aspect of your firm should create value by contributing to profits and growth.
·      Your ability (as a leader) to remain positive and energized is essential.

From “The 4 Disciplines of Execution – Achieving your Wildly Important Goals (WIGs)” ~ Sean Covey, Chris McChesnet and Jim Huling (all from Franklin Covey)

·      Identifying your businesses goals by determining which changes will exert the greatest impact.
·      Strategy without an effective method of execution is worthless.
·      The greatest challenge is not in developing the plan: its in changing the behavior of the frontline individuals that execute if whilst managing the never-ceasing demands of the whirlwind.
·      The challenge is executing your most important goals in the midst of the urgent.
·      Basically the more you try to do the less you will accomplish.

Covey breaks it down into the following:

Discipline 1: teaches you to set a target. To achieve a WIG, define a measurable, specific goal based on getting from one place to another by a set deadline. “Focus on the Wildly important”.
Discipline 2: Identify the activities that provide the greatest leverage for achieving the WIG.
Discipline 3: calls for visible scoreboards that show how teams and team members are performing and offers the results as benchmarks.
Discipline 4: Instills accountability through weekly meetings called “WIG sessions”. ‘Create a cadence of accountability’

·      Making strategy work is more difficult than strategy making.
·      The problem with poor performance typically is not with planning, but with doing. That is Strategies often aren’t implemented successfully.
·      Execution is critical to success. Execution represents a disciplined process or a logical set of connected activities that enable an organization to take a strategy and make it work.

·      Multi-taking’ is often the biggest obstacle to achieving your goals.
·      Superior success comes from extraordinary focus on your “ONE Thing”.
·      Developing a singular focus on what’s necessary puts many larger forces in motion. And guides you as to how to spend your time.
·      Trade your “to-do” list for a short “success List” and use it to chart your course – block out time for the things that are truly important.
·      Learn to say no and accept the chaos that accompanies any pursuit of greatness.
·      Take care of your health and energy with good food, exercise, stress relief family time and sleep in order that you can be a consistent force driving your ONE thing.

In the early 1990’s, a grumpy old cowboy named Curly, played by Jack Palance, revealed the secret to life in a popular movie called, “City Slickers”.
“One thing, just one thing. You stick to that.”
He told a city slicker named Mitch, played by Billy Crystal. (http://www.youtube.com/watch?v=zxY31-FcDVA)

Success builds on its self; it is “sequential, not simultaneous.”

Frequently, in a work context, people take on more and more projects in an effort to increase their value and contribution – for some being “intertwined” gives a feeling of job security. In reality, the opposite is usually true. Being a jack-of-all and a master-of-none is an easy role to dispense with. Equally the way to be valued and get promoted is to stick to one business, whether a team, an area or a nation and do it really well. It is the individuals who visibly grow: profit, revenue and head count that are the most promotable. ~ TMH

Very successful brands reached the top by focusing on ONE thing. KFC for example.

One-shot prioritizing –  “going small” with a focus on a singular goal – enables people to get more done in a day.

You want your achievements to add up, but that actually takes subtraction, not addition. You need to be doing fewer things for more effect instead of doing more things with side effects.

From “The Other Side of Innovation” – Solving the Execution Challenge. ~ by Vijay Govindaranjan and Chris Trimble.

Once companies achieve success, they tend to act like “performance Engines” They strive to make day-to-day operations repeatable, predictable, disciplined and efficient.
Unfortunately, “innovation and ongoing operations are inevitable in conflict”
Beyond small or routine projects, every innovation initiative requires a “Dedicated team” Build is as if you are building a new company from the ground up.

Ongoing operations is a world of 90% data, 10% unknowns. A bold innovation initiative, on the other hand, might be just the reverse: 10% data and 90% unknowns.

·      Effectively executing your organizations vision and goals requires an Action Plan.
·      Action plans explicitly details what will happen, when and who is responsible.
·      Define your firms visions in terms of specific goals. Then create an action plan that meets those goals through a series of specific, discrete tasks.
·      Employees perform at their best when their leaders demand excellence.
·      Hold workers accountable to clearly stated performance and time standards.
·      Businesses that cannot handle change execute poorly.

Skillful execution – not visionary leaders or elaborate company strategies is what produces results.

1/ Translate strategy into action – an Action Plan
2/ Expect Top performance from staff – focus on what they do well and make the unconscious conscious.
3/ Hold people accountable.