Agencies beat in-house when it comes to agility and expertise?

Here's an interesting article that gives some insight into the way some of our larger clients might look at their options. It is pretty biased ,however. But useful when pitching to the CEO/CFO rather than the HR department. We've always been unique as RPO for small business, and our skill set is growing to offer RPO for big business too. 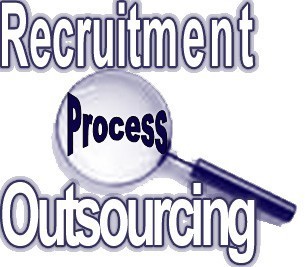 RPOs, agencies and in-house recruitment teams each have their advantages, but overall, agencies win out when it comes to speed, agility and market knowledge, according to a veteran of all three.

Speaking at last week's Recruitment and Retention in IT conference in Sydney, Ericsson Australia and New Zealand recruitment manager Rob Papworth said there was no magic bullet for managing recruitment.

(Papworth is a Talent2 staffer who has headed up Ericsson's RPO for the past two and a half years. He has also worked for an RPO at Coles, has been an internal recruiter for CSC Australia, and has done agency recruiting with Candle, Paxus and Ambit.)

He said employers needed to weigh up a raft of factors in deciding which model, or which combination of models, suited them best.

"And, importantly, think about what the business is doing and what it's trying to achieve. Sometimes that's hard because businesses change their minds fairly quickly."

Having worked in RPOs, internal recruitment teams, and recruitment companies during the course of his career, Papworth said that - in his view - there were different areas in which each of these three approaches performed best.

Stressing that the following was strictly his own opinion,
he said he believed that agencies outperformed RPOs and internal teams in a few key areas, and one of these was industry knowledge.

"When I was working at Paxus, Ambit, and especially Candle, I really knew my business - if I didn't I wouldn't get paid.

"My market was Defence IT in Canberra. I got to know so many people with security clearances at the secret and top secret level, that I ended up getting Defence to give me a clearance."

While he conceded that there were some agency recruiters out there who "can't spell recruitment", Papworth said that overall the swift and competitive nature of PSA recruitment meant most agency recruiters had no choice but to know everything there was to know about their market.

Another area where agencies excelled was scalability, he said.

"If you suddenly get some major project that's not forecast, then the best way to scale up to deliver that is actually to use agencies."

A recruitment manager who was handed 30 new jobs to fill would have an easier time handing them to a panel of agencies, he said, rather than relying on an overworked internal function, while at the same time trying to figure out how many new internal recruiters to hire, and how long they would be needed.

Papworth said agencies couldn't beat in-house recruitment teams when it came to recruiting in a way that was aligned with the company's HR strategy, and in-house also outperformed agencies in terms of managing the company's employer brand.

He said RPO was probably the winner in terms of cost control.

"The reason is that with an RPO you're driven pretty hard.

"You have three bosses - in my case I've got Talent2, Ericsson, and procurement, and they're hard bosses to have - especially the last one.

"You've got some aggressive KPIs in an RPO, so you usually you get a better cost outcome."
Posted by Tudor MH at 11:18 AM