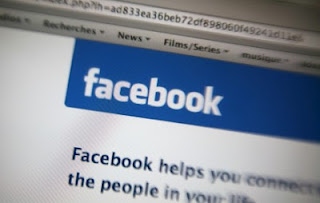 Deloitte Australia has launched a new Facebook page and iPhone application, designed to help communicate with the 10,000 candidates it expects to attract for its graduate recruitment program this year.

He said as far as he knew Deloitte (which manages all its graduate recruitment internally) also received more applications than any other graduate employer in the country - about 10,000 each year.

Elliott said the Facebook profile had been live for the past three weeks, and had 1,000 followers so far.

The key point, he said, was that the
profile was integrated with Deloitte's internal social platform, Yammer, which meant all of Deloitte's 5,000 Australian staffers could see and reply to questions posted on Facebook.

"The great thing has been watching the answers come up from our employees, partners, senior managers - all the way through the business people have been jumping on and giving responses."

Deloitte employees were generally "well-versed" in social media already, he said, but they also had guidelines in place on how to interact with the public.

"I think we're one of the few large employers to trust every one of our employees to act as ambassadors... on behalf of the firm."

The Facebook site would kick into high gear in March and April, he said, when the company started taking its recruitment drive to university campuses.

Mobile recruitment is going to be big

Elliott said Deloitte had also introduced a free iPhone app which had videos, photos and information about the different parts of the company.

Mobile web browsing was clearly becoming increasingly popular, especially among young people - although the idea of applying for a job on a mobile phone was still in its infancy, he said.

"The majority of people don't yet think that's a natural thing to do, but in the next 12 to 24 months I suspect they will, so we're definitely doing lots of work to make sure we' re ready for that.

"I was actually at a global Deloitte recruiters' conference last week, and mobile is one of our top three priorities globally, for recruitment."

Many websites, and most applicant tracking systems didn't yet work seamlessly on mobile platforms, he said.

"So there's a lot to do in terms of working with our vendors to facilitate mobile properly.

"But it's definitely coming; it's top of mind whenever we're doing anything now - how are we going to make sure this works on mobile?"
Posted by Tudor MH at 11:23 AM